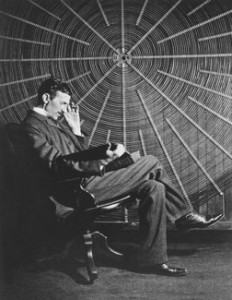 Nikola Tesla, the father of scalar energy, was one of the greatest geniuses of all time and one of the world’s most gifted inventors. He developed ideas and technologies which were far ahead of his time. Many argue that Tesla singlehandedly created the 21st century.

Until recently, the ideas behind many of his most innovative inventions were shrouded in mystery but recently, a German physicist has developed an elegant theory which derives much of Tesla’s work. 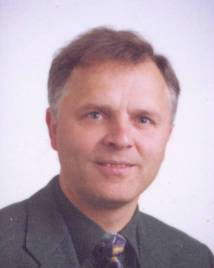 Professor Konstantin Meyl has a background in electrical engineering and field physics. His extensive knowledge of Eddy Currents made him wonder about vortices in electromagnetic theory, and specifically with regard to Tesla’s work.

Dr. Meyl discovered a fundamental mistake in Maxwell’s Equations. By fixing these equations, Meyl was able to elegantly derive Tesla’s results as well as explain many other unexplained physical effects in science. Meyl’s theory, like all good theories explain all current results but is able to extend scientific explanation to include results that were previously outside the theory.

By beginning with Faradays law of induction as an axiom, Meyl derived relevant properties of the new concept of electric vortices. The potential vortex which Meyl derives propagates as a scalar wave through space; it is a longitudinal electric wave whose properties have already been established a century ago by Nicola Tesla. Professor Meyl has used these principles to develop development kits which can replicate some of Tesla’s most fundamental work in energy transmission through space. The consequences of Meyl’s theory are profound; they prove that free space has an abundant supply of energy and if developed properly as envision by Tesla a century ago, can result in environmentally benign clean energy for humanity – at a time when it is desparately needed. 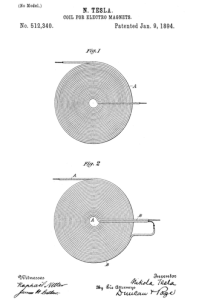 At the heart of Cyberscan lies proprietary technology based upon a modified Tesla flat coil, which has the capacity to produce “longitudinal” or “scalar” impulses that can receive and transmit information through solid metal containers (Faraday Cages), travel long distances without any loss of power, as well as produce “over-unity” gains of energy.

Tesla Coils are not myth, but established facts that have been replicated countless times by researchers, engineers, and scientists around the world. One such scientist is Prof. Konstantin Meyl from the University of Applied Sciences in Furtwangen, Germany. He has experimentally confirmed the above mentioned properties of Tesla Coils, and has demonstrated his setups many times. Additionally, he has published a number of books and papers detailing how they work. Another researcher in the field of Tesla Coils is Eric Dollard, an absolute expert in the fields of electronics, antenna design, and radio. He built many systems utilizing Tesla’s technology, and has verified Tesla’s claims.